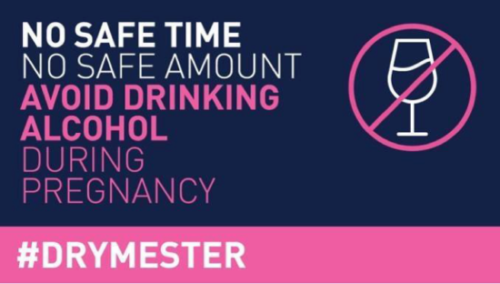 There is increasing recognition that Fetal Alcohol Spectrum Disorder (FASD) is a significant public health issue in the UK where prevalence of prenatal alcohol exposure is estimated at 41%.  In 2018, the Greater Manchester Health and Social Care Partnership (GMHSCP) committed £1.6m in non-recurrent transformation funding towards an initial ‘proof of concept’ programme to reduce alcohol exposed pregnancies (AEP) and progress towards an ambition of ending new cases of FASD. Manchester is a major city in the northwest of England where the population is now estimated at 2,750,120.

The alcohol exposed pregnancy programme commenced delivery in May 2019 and runs until 31st March 2022. As part of the programme, we developed a phase one digital Communications, Engagement and Behaviour Change campaign across the Bury, Oldham, Rochdale, and Tameside areas of Greater Manchester (GM).

Drinking when pregnant is a sensitive, even taboo, subject. It’s also, still – socially acceptable. As a society, we turn to alcohol when we’re celebrating, when we’re stressed, when we’re socialising and when we just want to chill out. It’s society’s acceptable drug, a part of everyday life. It brings us together, it props us up, it gives us wings and it’s sometimes encouraged, without consideration.

Combating FASD – a mountain to climb…

So, from the outset there was a mountain to climb. It was important to deliver an impactful creative approach that sympathetically tackled the issue head on and encouraged engagement. The campaign needed to raise awareness of the symptoms of FASD, sensitively reach out to key stakeholders, particularly midwives, to ensure consistency of message for parents-to-be and to encourage and engage ambassadors, to promote, disseminate and keep the message alive.

This was the first digital campaign addressing the issues associated with alcohol use in pregnancy. Through research with would-be families, adoptive parents of children living with FASD and a range of local, regional, and national partners, we developed #DRYMESTER with our creative agency partner, C21 Creative Communications. The aims of the campaign were to raise awareness of:

The approach had a clear, consistent message of ‘No safe time, no safe amount’. A broad audience including potential new parents (age 18 to 35) and partners, families, friends (aged 18 to 50) was targeted, and the campaign included a website that hosted supporting materials for midwives, GPs, health and community partners. Combining the stakeholder views, insights and research findings, a plan was agreed for an initial ten week digital-led awareness campaign in the four priority locations.

The plan required early adopters to get on board quickly, spread the word and be cost effective, therefore activity weighted towards them. Education was essential to increase knowledge and highlight risk in a reassuring way. A sensitive, non-judgemental messaging platform was required to encourage change. The campaign would capitalise on influencer networks – a (pregnant) celebrity influencer (Gemma Atkinson), partners, family, and friends and communicate ongoing support from healthcare services.

A strong and impactful creative vehicle was required to communicate the official advice. This would ensure the information stood out in the saturated social media marketplace and would be embraced and engaged with by the target audiences profiled. We introduced ‘Make every trimester #DRYMESTER’ to embody the creative positioning and communicate a non-judgemental message in an appealing and attractive way.

The impact of the initial ten-week campaign was highly encouraging. Content was viewed 4.5 million times and engaged with 435,000 times. The post-campaign research demonstrated positive behavioural change amongst respondents who had seen the campaign versus those who had not. An independent evaluation confirmed that the campaign was important, clear, believable, and non-judgemental, in dealing with a potentially sensitive subject matter.

These combined results convinced us to disseminate the campaign across all Greater Manchester boroughs, resulting in a total of 9.42 million views of DRYMESTER content across two 10-week phases, with content being engaged with 959,289 times.

The #DRYMESTER website and resources continue to provide the public with accurate and accessible information on AEP and FASD including a range of tips and guidance for parents-to-be on alcohol free pregnancies.

The reach of the #DRYMESTER campaign has far exceeded expectation and has been adopted both nationally, by maternity providers, and internationally by FASD campaigners. The campaign has been shortlisted for several marketing awards, winning one and earning a special commendation in another. The messaging from the campaign has been referenced as good practice in a research paper published by the University of Bristol in January 2020 and it features in Public Health England’s Maternity Alcohol High Impact Area Assessment as a best practice case study. The campaign resources have also been adopted by both Pharmacy and Oral health teams across GM and utilised in health promotion activities. There is some evidence that the word ‘DRYMESTER’, invented by C21 for this campaign, has entered the lexicon.

A similar awareness campaign and investment in prevention of alcohol exposed pregnancies would benefit Ireland, where prevalence of prenatal alcohol exposure is estimated at 60%. https://www.thelancet.com/journals/langlo/article/PIIS2214-109X(17)30021-9/fulltext

To read more about the #DRYMESTER campaign, visit the published article ‘A digital campaign to increase awareness of alcohol-exposed pregnancy.’ 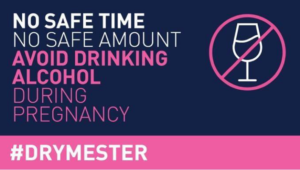 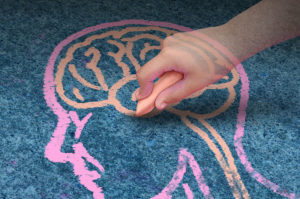 In short, we are not exactly sure. It is more difficult to come up with a precise figure for the prevalence of FASD than it

For more information, contact us on the details below:

We wish to acknowledge the support and encouragement of the Alcohol Forum in our work.